The growing community of harder styles fans, associated with the Devastator stage of the Imagination festival, can now start looking forward to June 2019. After a highly successful Devastator in March where a large crowd of harder styles enthusiasts almost tore down the venue in Prague’s Holešovice, we are now moving into smaller, cosier space. The Storm Club in Prague’s Žižkov is the local mecca of the harder styles and it boasts one of the best sound systems in Prague. We are excited that this amazing venue will host Sub Zero Project, Sefa and others on the 14th of June.

Having recently released their first album, Sub Zero Project are a rising star of the hardstyle genre. And they are rising fast – their take on hardstyle is so unique that it landed them a contract with the Dirty Workz label, which also collaborates with Coone or Da Tweekaz. The young producer Sefa has already become a genre icon, despite his rather short career, already having produced several highly successful tracks and collaborations with a true legend of the genre that is Dr. Peacock. Inviting Sefa was a safe bet, as his set at Imagination 2018 was so spectacular that it is still a subject of heated discussions to this day. If you want to see and hear for yourself, check out the preview on Devastator’s website.

So far so good, but the list is of course far from complete. Another young (but not inexperienced) producer to perform at Devastator Takeover is the Dutch sensation Devin Wild. Having started playing around with hardstyle beats at the age of eight, he went on to develop a sound that is quite unlike anyone else’s. His euphoric hardstyle is widely appreciated not only by hardstyle celebrities but also e.g. by the house legend Hardwell.

Another Dutch name on the bill is Le Bask. Unlike his above-mentioned colleagues, Le Bask is a seasoned veteran who has been around for a long time, having appeared on stage with the best frenchore producers and his YouTube videos have millions of views.

Greazy Puzzy Fuckerz aka GPF. If you’re familiar with these guys, reading their name probably made you smile. Their mantra was recently used by Headhunterz, the crowned king of hardstyle, when he announced collaboration with GPF as part of his April Fools’ joke. Their uptempo style is very distinctive and hard, occasionally bordering on ear torture. The perfect final act for a perfect Friday evening!

With its impeccable acoustics, great sound, mind-bending lighting and a reasonably priced bar, the Storm Club is a perfect fit for any harder styles event. Location in the city centre is also a great advantage. Together with the amazing line-up, which promises an unforgettable night, we believe that Devastator Takeover will fulfil the wildest party dreams of every harder styles fan. 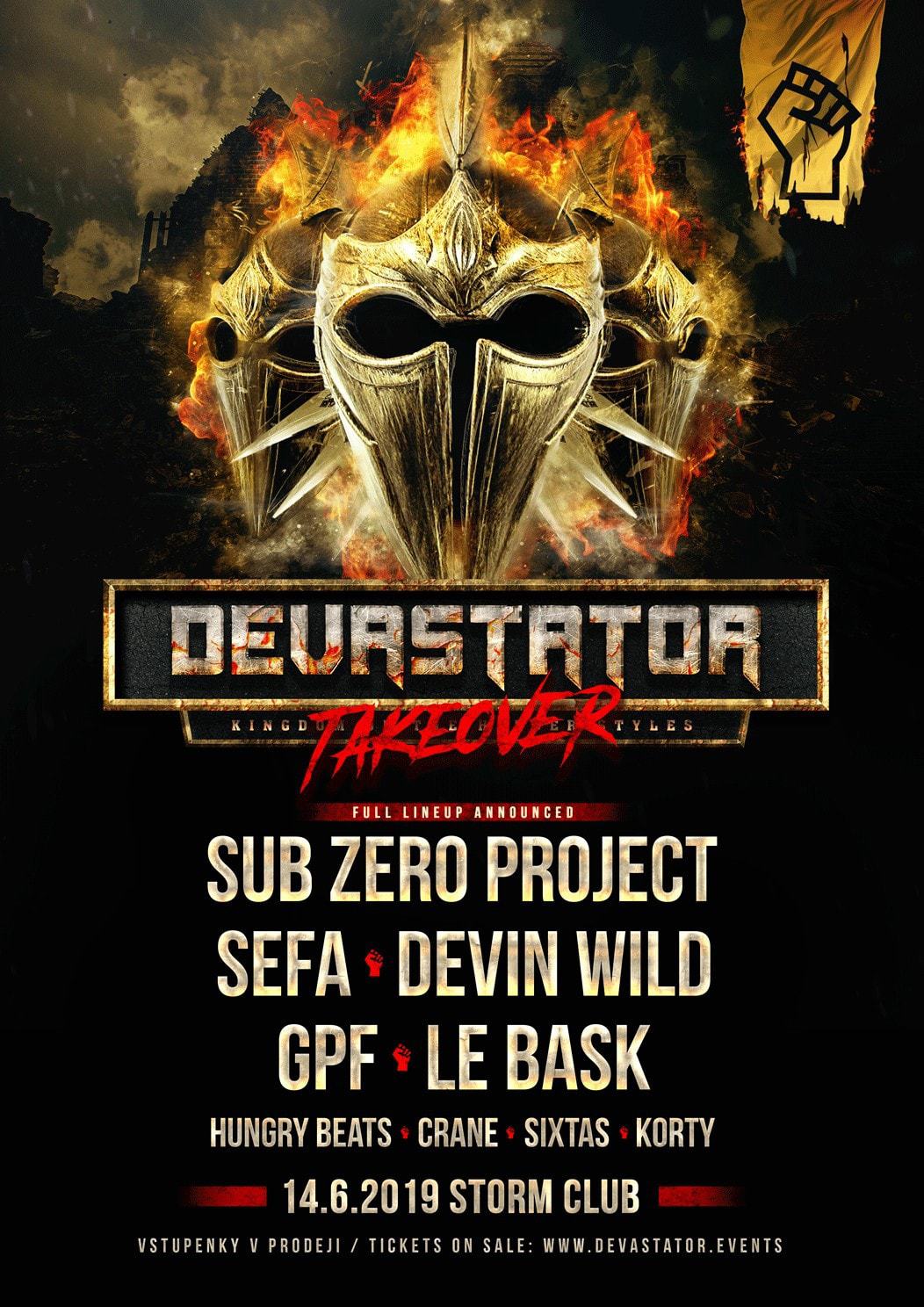